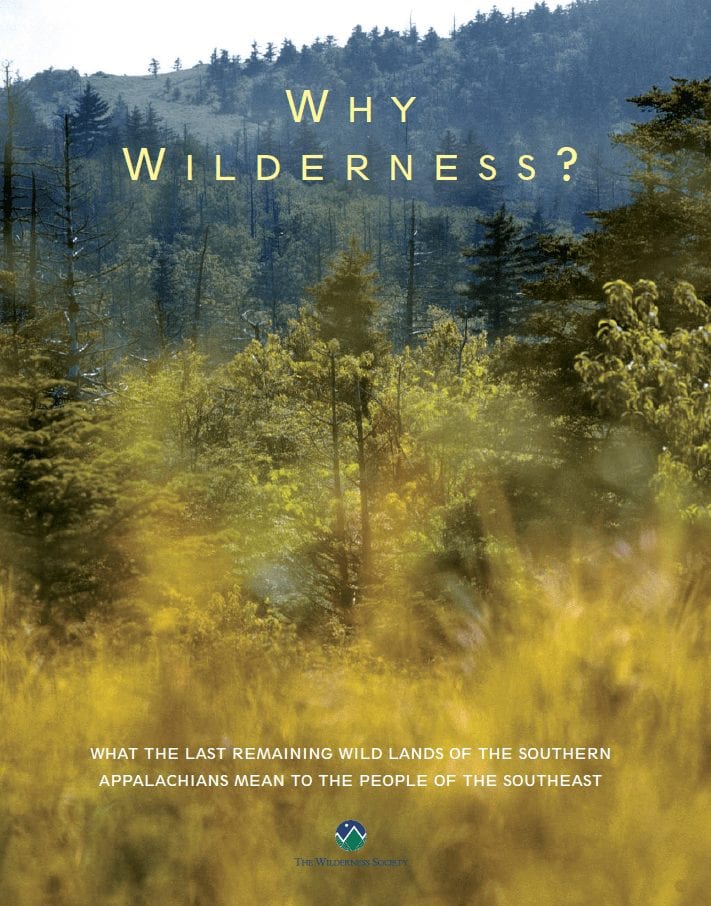 The Wilderness Society advocates for the preservation of America’s wildest lands by affording them the highest level of protection as federally designated “Wilderness.” Some of the greatest such treasures lie in the Appalachian Mountains, stretching from Maine to Alabama. Progressive environmental messaging, typically focused on the communities in the North, West and coastal regions of the U.S., was often not effective in communities of the South. However, a strong, albeit unique, conservation ethic has always been present there — from hunters, to weekend campers, to urban church-goers. The challenge was to gain broad public and stakeholder support for wilderness protection in the southern Appalachians by illuminating common ground between The Wilderness Society’s ambitious goals and the region’s distinct conservation ethic.

Daylight led the team that produced Why Wilderness?, a comprehensive survey of the southern Appalachians’s key candidates for wilderness area designation, showcasing their rare and pristine qualities and importance to nearby communities. Critically, the project report also highlighted the diversity of local voices in support of these wildlands — from rural to urban, from citizen to elected leader. Why Wilderness? aimed to bring wilderness into people’s lives — physically and philosophically — to connect people to their lands as a source of pride and heritage.

Why Wilderness? was produced as a highly visual, story-laden narrative booklet, admired by many, including the late Congressman John Lewis, who offered to write the preface. It was the first accessible survey of the southern Appalachian Mountains wilderness area candidates, and it became an essential tool in the successful campaign to set aside several lands for permanent Wilderness designation.

Login to Douglas Strategic Media Arts
Reset Password
Enter the username or e-mail you used in your profile. A password reset link will be sent to you by email.